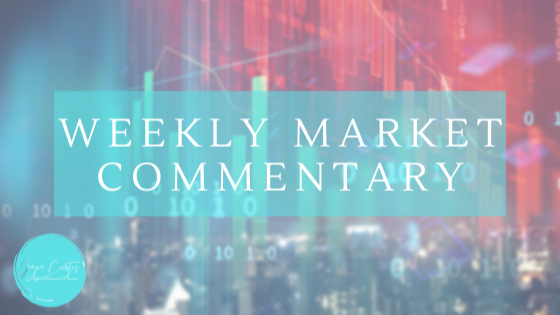 Was that the Bear Market Low?

With the S&P 500 moving into a bear market and the first half of the year since shaping up as one of the worst ever, many investors are wondering if we have yet seen the bear market low. We first asked, “Was that the low?” in our June 2 Blog and concluded that we were skeptical that the bottoming process was complete due to a lack of panic selling. Today we explore the most recent market data to identify if there are now any more signals to indicate we may have seen the market low.

“Investor sentiment polls have been hitting record lows for some time, but until very recently the market data hadn’t signaled the panic selling and fear we normally see at market lows,” explained LPL Financial Portfolio Strategist George Smith. “However, we are finally seeing some extremes in market data, such as put/call ratios, and improving trends which have typically been found around or after market lows.”

Below are some of the market data signals that we are monitoring and what they are currently telling us (with thanks to our friends from Strategas Research Partners for help with some of the trigger points).

There is no magic formula that says that these triggers have to occur for the market to bottom but some combination of these have typically occurred, normally in clusters, around market bottoms. As shown in the LPL Chart of the Day and table below, when these triggers occur, especially simultaneously, it tends to be around lows and equity market returns have been well above average moving forwards. In what could be a good signal for stocks two of the triggers hit on June 16 and again on June 24 (especially as the later included the percentage of S&P above its 200-day moving average rising back above 20% trigger); when two triggers have occurred previously in the period studied the average return a year out has been an impressive 19%.

Other market data that we monitor is showing a mixed picture, indicative of the high levels of uncertainty prevalent in the market currently. Some other data supporting the idea that we are further along in the bottoming process include NYSE advancers (10-day moving average) hitting an oversold reading of 0.35, the percent of S&P 500 members with a price above their 50-day moving average getting below 2% (the lowest since March 2020), and that some of the hardest hit parts of the market (speculative technology/biotech, initial public offerings, and Chinese internet stocks, etc.) all managed to hold their May lows in what could be a case of first to top, first to bottom.

Other data we look at still cautions us that the lows may not yet be in. Market momentum, as measured by the number of stocks that had greater than two standard deviation daily advances, has been tepid compared to what we typically see after market bottoms (50%+) with only 7% and 20% hitting that level on the big up days last week (June 21 and 24 – each of which also had relatively high TRIN scores indicating the buying was not panicked). The number of stocks hitting 52-week lows has also been increasing with each market low, this indicator is normally contracting as the bottoming process plays out, as new lows normally peak before the market bottoms. Capitulative selling also tends to see the largest names see high volumes but we have not yet seen that occur as volumes of largest names has been fairly average so far this year. The consumer discretionary vs consumer staples relative price trend, which had been negative since the end of 2021, has also still not moved in favor of discretionary which would be an indicator of a risk on environment. Perhaps the reason to be most cautious is more fundamental: almost all the recoveries from bear markets and corrections over last few decades have occurred with supportive policy shifts from the Federal Reserve (Fed), but this doesn’t seem on the cards while high inflation persists.

Overall we have not seen the levels of market capitulation or fear to believe that all potential sellers have been flushed out, so it’s entirely possible for there to be another wave of selling after this bounce, but we have seen more of the market signals that typically occur around, or after, market lows. While still cautious of Fed policy, we increasingly see the overall risk proposition tilted more to the upside for investors who are able to be patient and withstand a period of heightened market volatility and uncertainty.

References to markets, asset classes, and sectors are generally regarding the corresponding market index. Indexes are unmanaged statistical composites and cannot be invested into directly. Index performance is not indicative of the performance of any investment and do not reflect fees, expenses, or sales charges. All performance referenced is historical and is no guarantee of future results.

Any company names noted herein are for educational purposes only and not an indication of trading intent or a solicitation of their products or services. LPL Financial doesn’t provide research on individual equities. All information is believed to be from reliable sources; however, LPL Financial makes no representation as to its completeness or accuracy.

All index and market data from FactSet and MarketWatch.

This Research material was prepared by LPL Financial, LLC.

Insurance products are offered through LPL or its licensed affiliates.  To the extent you are receiving investment advice from a separately registered independent investment advisor that is not an LPL affiliate, please note LPL makes no representation with respect to such entity.