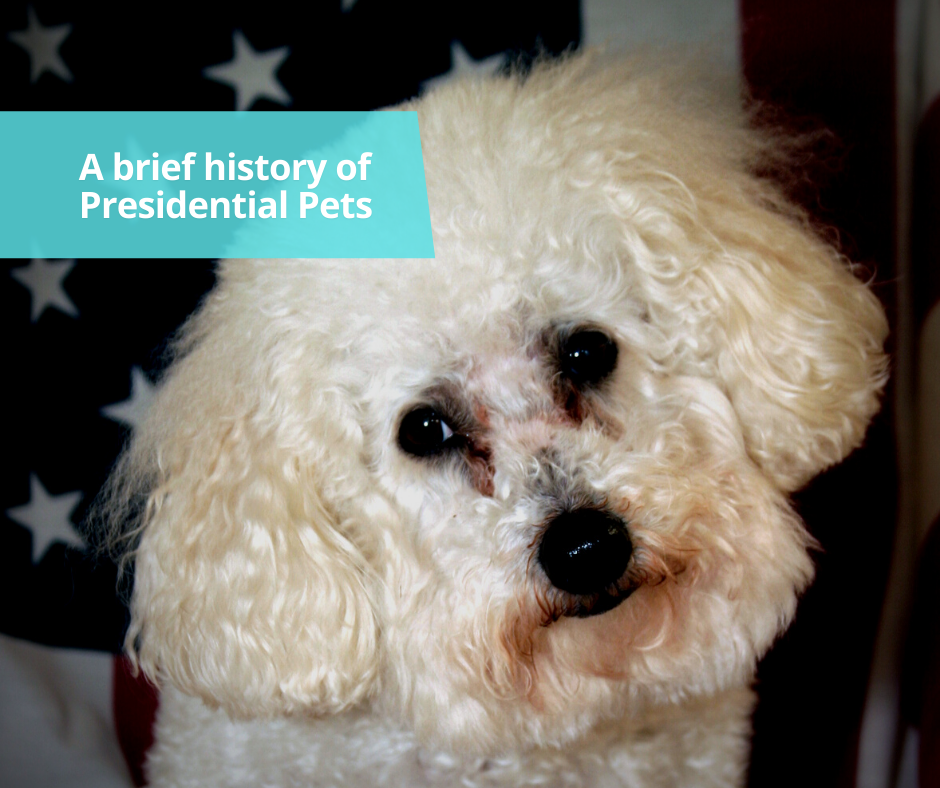 A Brief History of Presidential Pets

The White House has been the site of some interesting guests through the years but perhaps none as interesting as the pets who have called this historic place home.

Between the president and first lady, the original First Family had more than fifteen pets, including stallions, black and tan coonhounds, a parrot, and even a donkey named Royal Gift—a present from King Charles III of Spain.

Though he didn’t own as many pets as Washington, our eighth president had a set of tiger cubs gifted to him by the Sultan of Oman (though he was later forced to donate them to a zoo).

As one of the most famous American presidents in history, Lincoln’s family owned quite a few animals. Thanks to his son Tad, they adopted a turkey named Jack who was originally intended to be Thanksgiving dinner.

The Hayes’s owned a number of dogs, but it was their cats that became famous. The King of Siam gifted a cat to the family, which they appropriately named Siam. It was the very first Siamese cat in the US.

Teddy Roosevelt was an animal lover, and, unsurprisingly, owned his own small zoo, complete with ponies, rats, and lizards, among other animals. However, the strangest pet of all was a laughing hyena—a gift from the Emperor of Ethiopia.

Our thirtieth president gave Teddy a run for his money, with more than thirty pets! The most obscure? A raccoon named Rebecca, two lion cubs named Tax Reduction and Budget Bureau, and Billy the pygmy hippo.

The Bush family are Texans through and through, so it only makes sense that it would own Ofelia—a Texas longhorn cow that is kept at the family’s southern home, the Prairie Chapel Ranch.

This article was prepared by ReminderMedia.